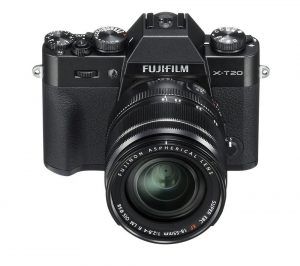 How to Setup the Fuji XT20

Getting a new camera can be daunting. I could not get my Fuji XT20 to work the way I wanted it at first because it was switched to Auto instead of a dot! I spent about an hour figuring out how to setup aperture priority which is the usual way I shoot.

There are some really useful videos on YouTube on how to setup the camera: Firstly Tony and Chelsea Northrop who seem to have a fantastic home and brilliant life travelling the world doing photography videos. They are worth watching though if you have not caught up with them yet. This video is an overview which is useful if you have just taken the camera out of the box:

Fuji Guys is a great channel for all things Fujifilm, this video is particularly useful as it goes into detail re the menu options, which is not easy to find in the manual.

Then there is Omar Gozalez who shoots mainly Canon (as do I), but is into the Fujifilm XT20 because it is small and fun to shoot with (as I am).

My Setup for Fuji XT20

These are my notes about the basic setup:

I have avoided dropping my camera so many times using a simple inexpensive wrist strap like this one. Cameras and expensive lenses do not bounce!