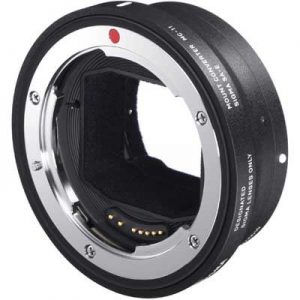 Following on from our review of the new Sony A7 III vs the Canon 6D II, it is so apparent that the Sony A7 III is a far more featured camera for the same original retail price as the Canon. So why if you had the choice would you go for the Canon instead?

One good reason is that the 6D II price is now falling faster than a Sumo’s jock strap. In the UK it can be bought at Wex for £1728 less £100 when using a Canon voucher. On the grey market, it is around £1169. In our review, we thought that was great value even for a flawed camera.

Another reason for sticking with Canon may be that you are not yet happy about moving to mirrorless.

Major Reason for not Switching is Investment in Lenses

Probably the major reason for not switching to Sony is investment in Canon lenses. Yes, you could sell and buy Sony, but that is going to leave you further out of pocket, and the financial advantages switch back to Canon. So how about using Canon lenses on your new Sony camera. Sony has for a long time been an open platform when it comes to lenses. Many photographers use vintage lenses on Sony cameras to good effect.

This video is from Jason Lanier, who seems to have way too many lenses, but uses his largesse to good effect by demonstrating that his Canon lenses work fine with a Sony A7 III. The speed of autofocus is amazing.

Being able to use Canon lenses on Sony cameras like the Sony A7 III, just seems like such common sense. Use the lenses you have and love, with a camera that in technology terms is light years ahead of what Canon is likely to offer in this segment of the market for a long time. Even then Sony may well have jumped ahead again with the Sony A7 IV!

I buy my gear from Wex because I have experienced their amazing customer service.