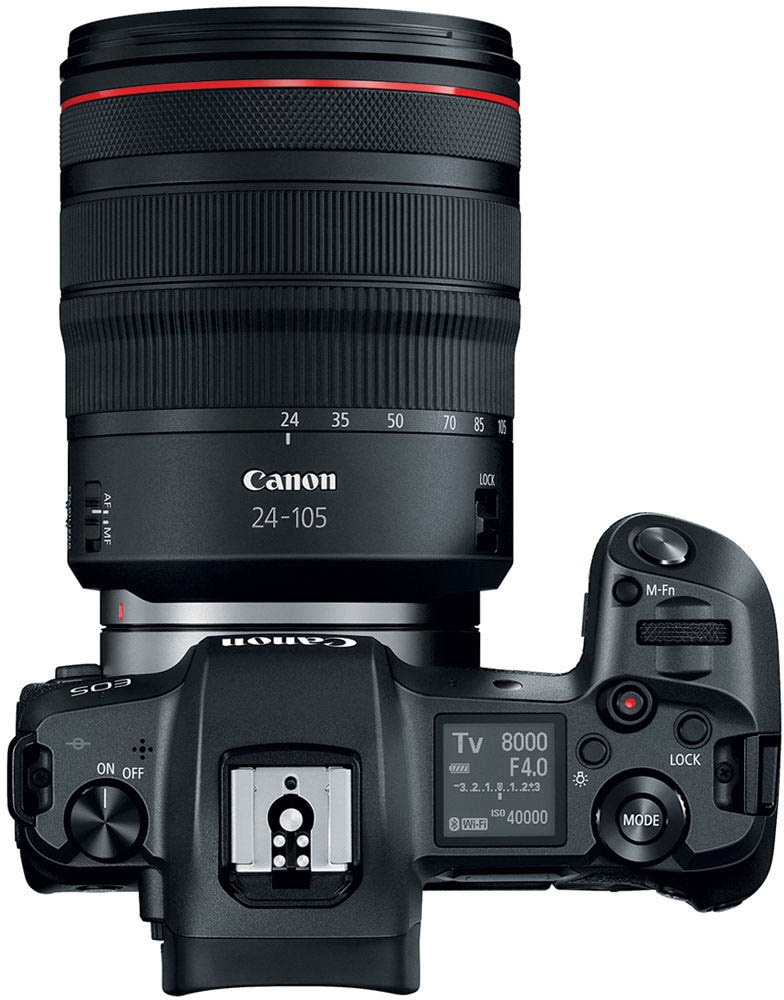 The Canon EOS R is Canon’s first foray into the world of full frame mirrorless cameras. It was launched to stem the flow of sales to the amazing Sony 7aIII.

There were months of speculation in the photography press about whether and when Canon would join the mirrorless revolution and launch a FF mirrorless camera. So it was more a relief than a celebration when the Canon EOS R was introduced. At last Canon (and Nikon) were now embracing mirrorless, and there was much conjecture about how the traditional DSLR with its old fashioned mirror mechanism would be consigned to history.

The reviews from the press and vloggers have been mixed, which makes a decision of whether to buy all the more difficult. If you are researching which camera to buy next, and you have read all the Canon EOS R reviews. Here are 10 positive pointers that you may have missed and which may just sway your decision.

Ken Rockwell who is not often given to hyperbole was particularly positive about Canon’s move to mirrorless, and he is a big advocate for the Canon EOS R. His advocacy alone is a reason to buy. This is probably the best review of the camera you will ever read or ever need. Furthermore, he does a comparison vs the Sony A7III and the Nikon Z7 / Z6. I thought the Sony was bound to win, but the Canon wins outright.

The Canon EOS R comes with three adapters to attach legacy lenses to the new camera. The feedback from users is all positive. Amazingly the adapters will accommodate every EF lens since 1987!  This means that for Canon owners that have lenses tucked away in cupboards and drawers, these can be dug out and used again and again.

There is no longer a mode dial on the Canon EOS R, but press the mode button and turn the outer dial you will notice a new innovation the Fv exposure mode. This is a flexible exposure setting which is like Program, but enables the adjustment of Aperture, Shutter Speed, Exposure Compensation and ISO. As one is changed the others update automatically. This is entirely appropriate for a mirrorless camera, because as the changes that are made the result can be viewed through the electronic viewfinder (EVF)

An impressive spec’ a 3.69M-dot OLED electronic viewfinder, is especially effective when used with the high speed display option. However, a downside of the EVF is that the brightness control  needs changing as the camera is moved from inside to outside, but note that this can be set up with a custom button.

The EOS R bastardises the functionality of the Canon 6D2 and the Canon 5D MKIV. It borrows features from each. One feature taken directly from the 5D is full function multiple exposures in camera. The unique feature however with the EOS R is to be able to view the effect of one exposure on another in the viewfinder. One of the chief exponents of this creative technique is Doug Chinnery who explains how.

Dust particles on the sensor are a nuisance to clone out in post.  A small point but the shutter on the EOS R closes when switched off, so the sensor is not as prone to dust particles. Unlike say the Sony A7III which stays open.

I am picking up that teleconverters / extenders which increase the focal length of a lens, autofocus more effectively than a traditional DSLR cameras. For wildlife and aircraft photographers this is a big deal. Again this is technical so read up here.

Batteries are generally improving on mirrorless cameras to take the load that the EVF which gobbles up resources. Ken Rockwell claims over 1000 shots are possible in ECO mode. Battery life is CIPA-rated at 370 shots per charge (450 using Power Saving mode).

One of the impressive features on the Canon EOS R is low light performance. The Dual Pixel AF system has a whopping 5655 selectable AF points and it can focus at light levels as low as -6EV. To put that into context this is a night time scene with no moon or street lights but just some starlight i.e. equivalent to a 2 minute exposure, at f1.4, ISO 3200.

The reviews of the Canon EOS R have tended to focus on what the camera does not have e.g. dual card slot, IBIS, video capability etc. There have been plenty of negative comments, my own included, but sometimes in the words of the late great Jiminy Cricket.