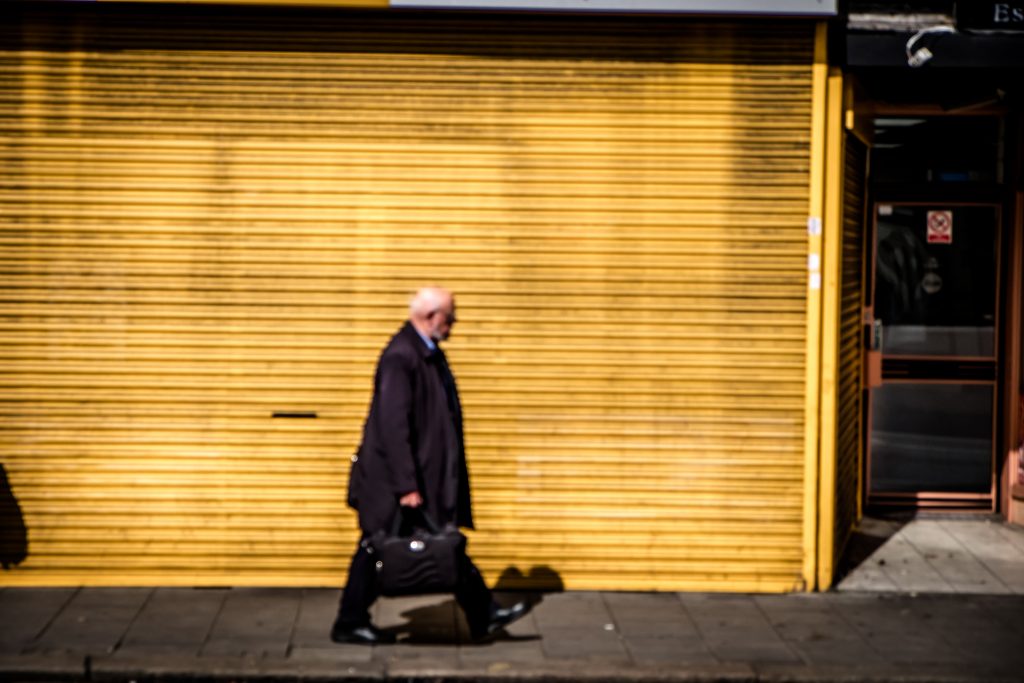 I bought my Fujifilm XT20 a week or so ago, and I spent a couple of days testing, to see how I could work with it. I bought the Fuji XT20 as a small inconspicuous street camera, which meant that it had to focus fast to capture fleeting moments.  As can be seen the testing was not successful, something was wrong. About 30% of my images turned out this way. I had setup the camera according to the manual and online videos here. I had to assume either the lens or the camera were at fault, and got ready to return the camera to Wex Photographic. However because it is a bit of a drive to Norwich, I decided to do some research first. What I uncovered was that this issue is not uncommon with the X cameras, and the Fujifilm 18-55 lens. The forums were full of woe. How was it that all the reviewers thought this camera was brilliant, but lots of new users thought it was crap? The key was that the blurry pictures were usually from new users, which could mean that my XT20 setup was at fault. I spent a day researching and gradually changed the setup. The next day this picture was shot quickly from across the street. 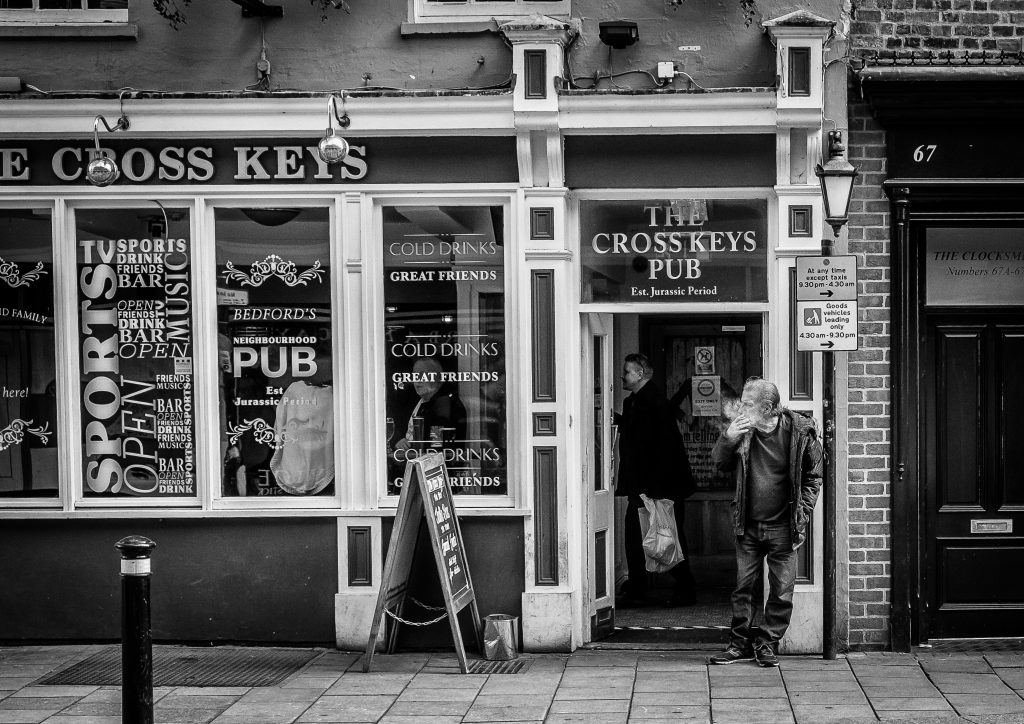 I was pleased to discover that it was sharp. I shot over 400 shots that day and nearly all were successful. How was it done?

My Notes on the Fujifilm XT20 Setup to Achieve Sharp Images.

These are my notes / instructions to myself, on the setup I have used to stop getting blurry images with the XT20:

This may seem counter intuitive, why not shoot shutter priority and select a high shutter speed that will ensure that there will be no motion blur? Shutter priority leaves control of the aperture to the camera. I lose creative control. I may want to blur the background with wide aperture. I may want to ensure there is sufficient depth of field so that all the people in a group are in focus. I may want to focus on a feature in a landscape. So long as I keep an eye on the shutter speed in the viewfinder, I should be able to control both.

I don’t trust the Fuji auto ISO to move up as the scene demands. Try it! So I set the ISO at around 640 to ensure that there is flexibility in aperture and shutter speed. Most cameras today can handle higher ISOs. Better a slightly grainy image, which can be recovered in post production, than a blurry one. Q>ISO>rear command dial.

There are three selectable Focus Modes. Zone and Wide Tracking are designed for moving objects, Single Point AF will however provide pin point control of the focus point if the subject is static. Menu/OK>AFMF>AF Mode>Single Point.

The smaller the focus point the more accurately the camera can be shown exactly what to focus on. Menu/OK>AFMF>AF Mode>Single Point. Use the rear command wheel to select the smallest size a single sensor. P83 in the manual.

To ensure you get what you see. Set the XT20 to lock the focus when the shutter is pressed half way. Menu/OK>Wrench>Selector Button Settings>Shutter AF>On

There is a power management setting that speeds up the auto focus, but it does drain the battery a little faster. However buy some spare batteries and go for sharper images. Menu/OK>Wrench>Power Management>Performance>High Performance.

Facial recognition is great for just that e.g. photographing the family in the back garden. However don’t leave it switched on or the auto focus will be hunting for faces in all scenes, and may override the chosen focus point. Menu/OK>AFMF>Face/Eye Detection Setting>Off.

AF+MF enables the manual focus (MF) to be used when the auto focus (AF) is being used. Just touching the MF dial accidentally while using the zoom could throw out the focus. .  NB if AF+MF is switched on the camera will shoot in Release Priority (see below) even if Focus Priority is on. Menu/OK>AFMF>AF+MF>Off

IS Mode Shooting Only

As a default the image stabilisation is set to continuous which is good for movies, but can induce some shake on single images. Set to Shooting Only and the OIS is only engaged when the shutter is pressed half way. Menu/OK>Shooting Setting>IS Mode>Shooting Only

The focus square will turn green if focus is achieved, but it is very useful to have additional confirmation of focus lock.  Menu/OK>Wrench>Sound Set-up>AF Beep Volume>Three on options

If Focus Check is on, then pressing the rear command dial zooms the display to the focus point to confirm focus. A useful feature if the scene is busy. Menu/OK>AFMF>Focus Check>On

With Pre AF on,  focusing will continue even if the shutter is pressed half way. To be in control of auto focus then Menu/OK>AFMF>Pre-AF>Off

Check that the OIS image stabilisation is switched on.

Modern cameras are brilliant because they can be configured to cover a multitude of situations. This is my setup to get sharp images of people in the street. If you are into sport or wildlife photography your setup will be different, but be assured this is a good basic setup that will help you and the Fujifilm XT20 deliver sharp images. Try it, I hope it works for you.