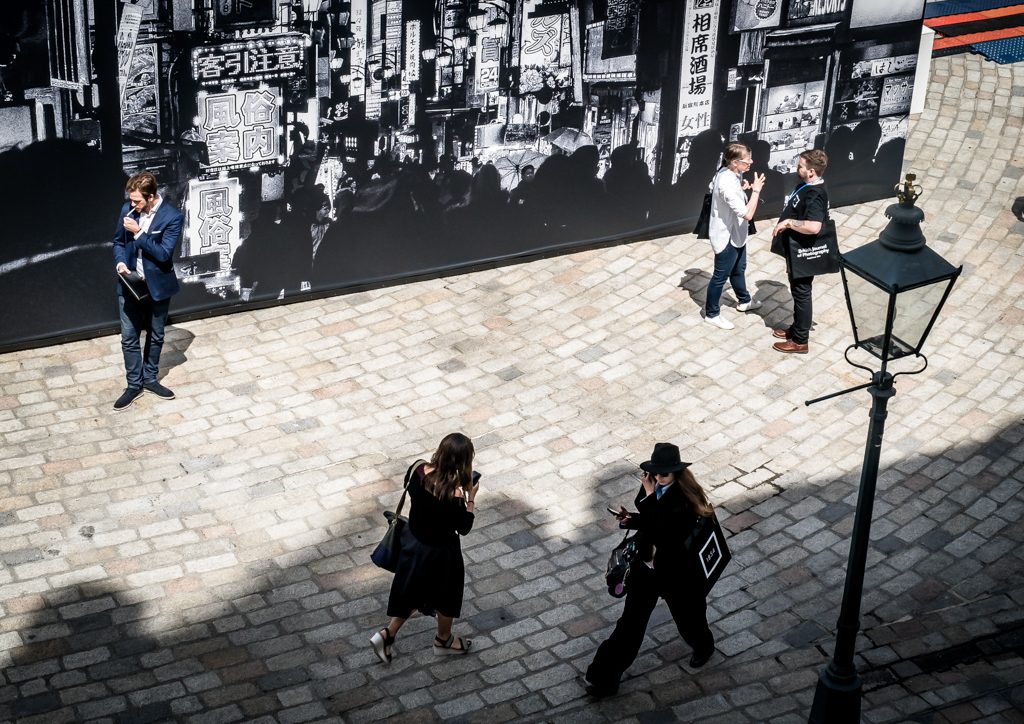 I can understand if you are a photographer, you might consider Photo London which is currently at Somerset House in London, as being more for art connoisseurs, and photograph collectors. There are around 100 galleries from smart destinations from around the world, selling photographic artwork that is priced in the ‘I Saw You Coming’ bracket. However, any cynicism is blown away once you get inside, and witness the quality of the photography on show, and realise that photography that commands prices of many tens of thousands of pounds has to be stunning.

The conundrum that the exhibition poses is why when there are tens of millions of photographs taken every day (40 million are uploaded to Instagram each day) how is it that some command such value.

However, there is also work from artists that we don’t all know. I was blown away by the abstract work of German photographer Andreas Gefeller especially his collection The Backside of Light [I don’t know whether something has been lost in translation here!] and if I had £14,500 to spare I could be tempted to buy one. NB limited edition of eight.

There is no denying that photography does not yet command the prices of some traditional art, and probably never will. However, the extent to which Photo London has grown in terms of the number of exhibitors, and standing in the art world, in the four years it has been in existence is amazing. There is now a real buzz around collecting photography which is hard to ignore.

If you want to get into the world of collecting photographs then the British Journal of Photography has put together an e-guide, The Beginners Guide to Collecting Photography which can be obtained here.

Photo London is on for just one more day.