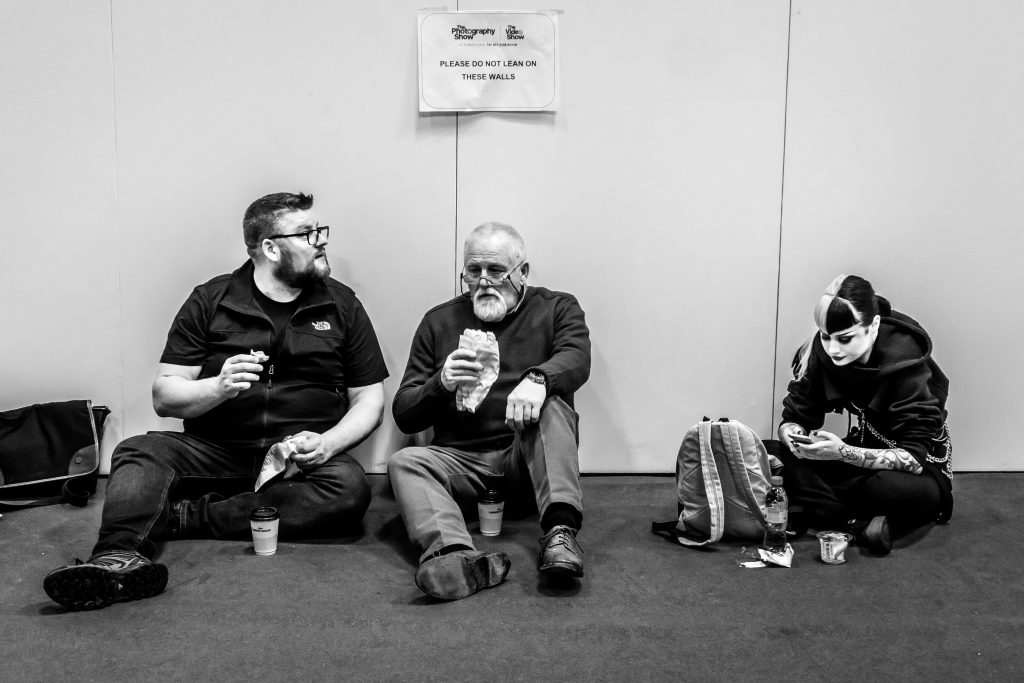 Just visited the Photography Show in Birmingham, here are my highlights:

The Fujifilm stand was buzzing with interest in the new X-T3 which feels good in the hand. Solid, good grip well balanced.

The Sony stand had little new to show. Last year all attention was on the a7iii which is still a cracking camera.

The new camera that Sony did have to show was the a6400 which is a work of art if you want a small inconspicuous camera.

Canon had the new mirrorless range which has kicked off with the Canon EOS R and RP. The RP is a surprisingly small camera, it is a shame there are no lenses that feel balanced to go with it, but on the stand they insisted there were lots more lenses in the pipeline. They also rubbished the view that the sensor in the RP was less superior to the sensor in the EOS R. Price tells you that this may not be true.

Every time I go to the show I am drawn to the Wacom stand. Do I need a Wacom tablet? Is it better than using a mouse with Photoshop? After visiting the stand I was still none the wiser. Lots of research required.

Intrigued by Matterport which is a reality capture system. Whatever was captured could then be viewed in 3D and VR. Makes you wonder whether soon we might be able to do the same with a smartphone!

I thought this was a neat idea, photo boards for still life backgrounds. I should think particularly useful for food product shots.  Especially pies.

I quite fancied an ONA leather camera bag. However, they are so pricy that you would need a Leica to put in it.

As it is I signed up for a year’s subscription to Digital Camera and took away a free Lowepro Slingshot 102 camera bag, which is going to be ideal for travel and street photography trips

This is great offer but if you cannot get to the NEC at Birmingham for the last day tomorrow (19th March) it is still available on Amazon.